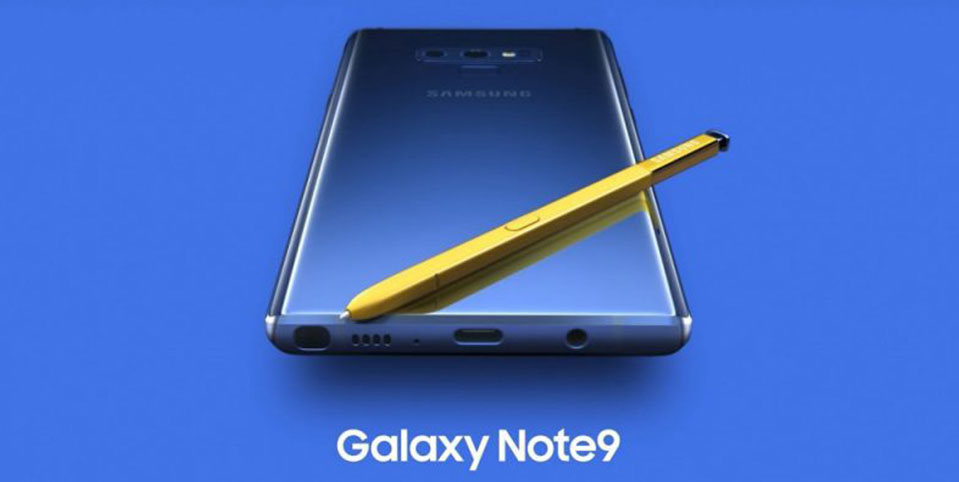 Samsung’s eagerly awaited ‘Unpacked’ event takes place on Thursday 9th August at 11am in New York, or 4pm here in the UK, so let’s build up the excitement by taking a look at what we can expect to see.

Samsung have continued the trend of previous years, with the Galaxy Note 9 expected to be announced tomorrow, following the launch of the popular Galaxy S9 earlier this year. Although the design is likely to be similar to last year’s Note 8, with the same 6.3-inch AMOLED screen and dual-camera, we can expect several improvements.

Samsung have released a series of short adverts for their new super phone, which focus on everyone’s worst fear when it comes to phones ­– running out of battery! Take a look.

It’s safe to say that battery life is going to be a big selling point for the Galaxy Note 9. Rumours are that the phone could feature a 4,000 mAh battery, which is roughly 14% larger than in previous models.

It has also been leaked that the Note 9 will come with a massive 512GB of on-board storage. Couple that with a 512GB MicroSD card and you have over a terabyte of storage space.

Samsung will also make the usual enhancements that we’ve come to expect, such as a faster processor, upgraded chipset and improved camera features.

And if all that isn’t exciting enough, why not throw in to the mix, a pre-packaged version of one of the hottest games around right now – you guessed it, Fortnite! The Note 9 could be the first Android smartphone to run the popular battle royale game, with some sources suggesting Samsung will have exclusive rights for a period of time before it is released on other Android devices.

Another product that has all but been confirmed is the new dock-like Wireless Charger, capable of charging two devices at the same time ­– perfect for your new Galaxy Note 9 and a Galaxy Watch.

Samsung have also been working on a new smartwatch in recent months. The new Galaxy Watch will break the traditions of the ‘Gear’ name, and move more towards the Galaxy brand we associate with their smartphones and tablets. Samsung have been tight-lipped about any new features for the Galaxy Watch, but it’s set to come in 46mm and 42mm sizes, with an array of over 40 different workout modes and possibly in a sexy new rose gold colour.

When is the event?

If you’re a big Samsung fan or you’re just excited to see what new tech will be unveiled, you can register to watch the event now on Samsung’s website. Alternatively, put your feet up and relax, as we will be bringing you all the updates from the event as soon as we have them.

How can I get my hands on these?

Our Technology and Smartphone Benefit schemes offer employees the opportunity to take home the latest, desirable technology and spread the cost monthly through their employer. We are adding new products to our extensive range all the time, so be sure to check out your Benefits website for a full list of products and prices.

To stay up to date with all the latest products and be the first to hear about our promotions, offers and giveaways, sign up to our mailing list below.